HomeWin for Peter Beagle: THEY LIED when they attacked his health. Conservatorship case dumped, clearing path for Elder Abuse lawsuit against Connor Cochran.

Fans Against Fraud breaks the news with exclusive court docs. (Don’t forget to contact Peter’s lawyer if you paid for his work during his lawsuit!)

When Peter Beagle sued his ex-manager Connor Cochran, the retaliation was swift. Cochran ganged up with Peter’s kids to make a greedy rights grab. They lied that Peter was senile and misled, and they filed for conservatorship. With slimy doublespeak, they pretended that they would deprive him of rights to “save” him.

Their own lawyer just dumped the case. It’s been ripped up, peed on, and set on fire.  Any credibility that Cochran could ever regain is gone up in smoke.

Kalisa Beagle’s lawyer filed for relief from the case in Alameda Probate Court. It was her only notable filing since it opened. It includes many emails between the lawyer and Kalisa telling her to drop it because it has NO MERIT. It cites medical evidence that Peter is “fully competent,” with a professional fiduciary already employed to manage his affairs if needed – neutralizing pretense about protecting him. It guarantees that nobody will touch the sleazy case again.

Just think – any given lawyer has too much integrity to associate with this atrocity. Peter and his fans can thank this lawyer for being honorable and professional – which Peter’s attackers will never be. 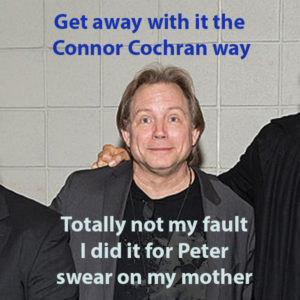 The lies about Peter’s health were severe gaslighting, calculated to control money and remove his right to sue. They would have made Peter go live with distant daughter Kalisa near Santa Cruz, and put his girlfriend out with the trash – his loyal girlfriend of 17 years, since before there was any money. They call her a gold digger because she supports Peter’s independence and stands in the way of Cochran’s total control.

One word for their plan was slavery.  One fan called it a “crime against literature.”  Without this rights grab, Peter would be living in peace, helping to make a movie, and writing as he’s always done.  Peter is sharp as a tack and that’s all he wants.

The failure is important to all victims – NOW is the time to raise the pressure!

Cochran’s defense rested on those lies. This destroys his credibility for many other fraud allegations against him.  It also impeaches the sad few sycophants, cronies, and deniers who still see no evil about him.

Peter will win his lawsuit. Cochran will lose, but he’s making it as painful and degrading for Peter as he can in the process. It’s needless, abusive, greedy, and tragic. But not hopeless.

If you followed this site since 2014, you saw the steady unravelling of Cochran’s plans.  Every time a victim spoke out, it punched a ray of light through his tapestry of lies.  Now it dangles by a single fraying thread.

That thread is Lack of Public Awareness. YOU, the fans, have the power to speak out until the fraud collapses, so justice will come at last.

Conlan Press has received money for products that were never delivered going back 10+ yrs https://t.co/Jtgi6OUPdl #takebacktheunicorn

Story hits #1 at the 93,000-strong Gamegrumps community on Reddit.

“Conlan press has literally stolen money from me and lied about Peter’s condition in an attempt to make him seem senile and provide a convenient excuse for cancelling the tour and signings because he is now at odds with Connor. Meanwhile, Connor’s newsletter announced that they would still be moving forward with discussions to option Last Unicorn for a live-action film and a broadway musical show, likely with Connor signing all the paperwork and leaving Peter entirely in the cold. This man is an absolute snake and he needs to be brought down.” – (DomLite)

Another one: “after the long-running fight with the film’s distributors Cochran was actually using the ‘everything’s cool now’ angle to fuck Beagle over a second time.”

Back to the attack at Peter – more details.

Cochran’s persistent lying makes the story sadly complicated.  He built a fairy tale with “savior” Cochran, “helpless” Peter, and evil forces stopping his angelic service.  In his version, everyone who disputes it is lying and crazy – and he’s the victim. 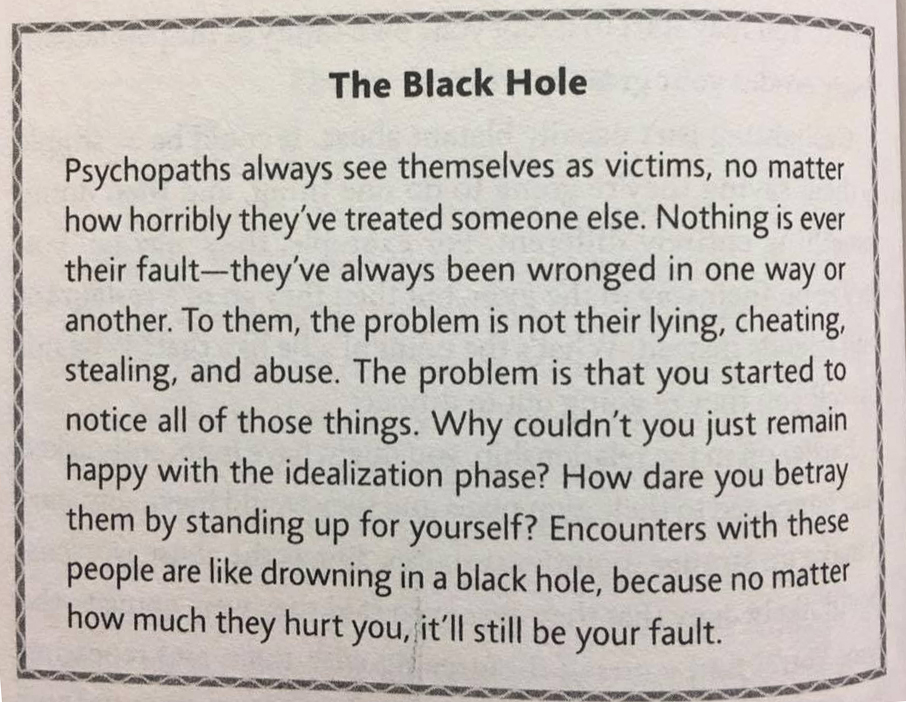 Attacking and gaslighting has a flip side.  Cochran is sometimes known to lavish “nice guy” manipulation on targets.  This example from June 2016 is a desperately two-faced game to silence complaints and push “dementia” lies about Peter. Which leads to…

They’re still not done with prolonging pain and delaying justice.  They’re STILL lying that they have a case, to game their way around it’s public failure:

“June 27, 2016 UPDATE:  Peter’s children have decided to withdraw their conservatorship petition. Here is their public statement on their choice”

It says “choice“, but they didn’t have one.  They were forced to abandon their case for NO MERIT as the court docs show. Be sure to compare the docs against the totally inconsistent lies about Peter’s “health problems” in Cochran’s original press release. The word for it is sociopathic.

Their press release was blasted across social media to attack Peter. Now the court docs show Kalisa begging her lawyer to hide her dirty secrets from social media. How ironic!

The super-defensive timing is full of guilt. They HATE public awareness of the wrongdoing and FEAR our expose (as Kalisa complains in the docs). Kids who care would be happy to know that their father is healthy after all – but their statement just uses Peter as a tool for damage control about themselves.

They blame lack of money. Supposedly, three children together (including Dan Beagle, a business owner) can’t afford a case that was just opened and abandoned with little action – while they press forward on others with Cochran. This ploy highlights the deceptive omission of their lawyer’s advice to drop it.

Then there’s the ploy of attacking Peter’s girlfriend.  It highlights Cochran’s nature of preying on the vulnerable.  He hopes to game the system by emotional damage and outspending a couple he kept poor. Pay close attention to this – Cochran is being an absolute chickenhawk.

What’s an old jewish man doing with a black woman?  Love should never be questioned like that.  But after failing with attacking Peter’s age and health, Cochran has little left to do but attack Peter’s girlfriend.  His previous court filings use barely-veiled hate speech that literally boils down to calling her a crazy, dirty whore.

Crazy, dirty whore attacks are loaded with coded prejudice when a vulnerable black woman is the target. Cochran filed other docs that attack her sexuality and even her origin in a poor black neighborhood, in ways that would never happen to a rich white person or a man. It’s pure libel without evidence.

Observers without greed and hate can see that Peter loves her and she stands by him.  Their own lawyer advised in the docs: “your father is committed to taking care of Peggy because he wants to and not because she is forcing the issue.”

Isn’t it sad to see a family torn apart this way? Cochran baited the kids with fancy promises of huge deals coming to him, so money might trickle down to them.  Kalisa became his disciple.  She was IP-traced to comments that attack Peter as “paranoid” for asking Cochran to show where the money went. Her petition for conservatorship was suspiciously written with language resembling someone else’s. (Look at docs here for more – their lawyer even addresses Cochran’s manipulation.)

Look at the poor judgement in Kalisa’s attack at Peter’s chosen fiduciary, as if she would be better than a licensed professional.  Her own poor financial management got her sued by The Bank Of America.  They won thousands. (search case CV166651.)

These decisions couldn’t show worse judgement. It threw away money AND relationships. First a father, then a lawyer.

The mind games and legal games are calculated to extract money from an elderly creator against his will.  The damage is beyond money.  Peter has to suffer the emotional pain and grief from having his family torn apart.

Kalisa… it was a sad mistake to choose the wrong side between Peter and Connor.  Please don’t ignore the professional advice of your lawyer.  It was never going to work.  Cochran didn’t care – he doesn’t really care about Peter OR you.

We all make mistakes, but there’s still time to do the right thing in your father’s elder years.  You still have a heart… being a teacher isn’t a heartless profession.  That’s the difference between you and a sociopath who will say or do anything to get what he wants. Please come back to your senses, and join all of us on Peter’s side.

By the way, Kalisa… Peter’s lawyer Kathleen Hunt didn’t “blast” anything over social media.  WE DID.  She has nothing to do with us.  If you try to hide guilty secrets about this, we’re going to find them and we’re going to tell everyone.  We PROMISE.

We stand with Peter, his true fans, and all victims of fraud.  Our mission and promise: we won’t be silent until fairness is won.

2 thoughts on “Win for Peter Beagle: THEY LIED when they attacked his health. Conservatorship case dumped, clearing path for Elder Abuse lawsuit against Connor Cochran.”